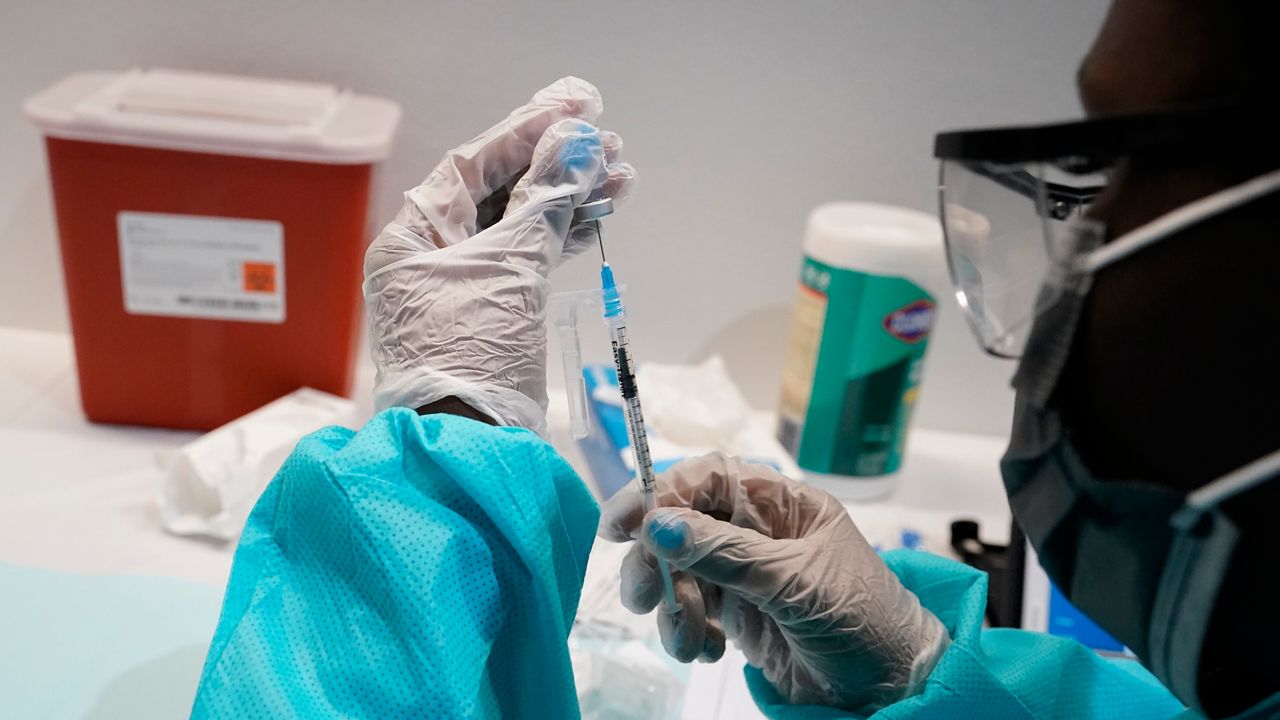 A July 22, 2021, file photo of a health care worker filling a syringe with the Pfizer COVID-19 vaccine in New York. AP Photo/Mary Altaffer.

NEW YORK — Every single person living in four Manhattan ZIP codes is fully vaccinated, according to the New York City Department of Health and Mental Hygiene.

Two of them are in the Financial District and two are in Hell's Kitchen, a total of more than 30,000 people.


NY1 went to one of those ZIP codes, 10004 in the Financial District and Battery Park City, to ask residents on the street about their vaccination status. The first ten responded in the affirmative, but the eleventh —

The 29-year-old lives in the Financial District, in a ZIP code the city says has a 100% vaccination rate.

Thomas says he is hesitant to get the shot, despite most of his family, friends and neighbors getting inoculated.

"I feel like they need more trials," he explained.

Although, he says getting almost everybody vaccinated is definitely possible. But the city's data doesn't take into account people who can't get the shot for health reasons.

Protter says the margin of error in large-scale data collections, like COVID-19 vaccination rates, is 3 to 4 percent.

The New York City Department of Health and Mental Hygiene notes on its website that population estimates were calculated prior to the pandemic and do not reflect any changes to city's population since July of 2019.

Even with a margin of error, she says, the data collection is still an accurate snapshot of what is happening in every neighborhood.

"There is no way that the ZIP codes that are averaging 100% vaccination rates, that there would be a margin of error that would drop it, I would say, even below 95%, which is the figure we are looking for, for everyone in this country to be vaccinated," Miller said.

"Everybody wants to do, the quote on quote right thing," Thomas said.

He is not surprised the vaccination rate in his neighborhood is so high, even with the margin of error, and says he may soon be among the vaccinated.

"That might be the right thing, so I might be hopping on board pretty soon," he said.