NEW YORK — Even after being battered by a deadly pandemic, New Yorkers are generally optimistic about the city’s future, but also see themselves increasingly less able to afford living here, according to the results of our latest Spectrum News NY1/Ipsos poll.

Fifty-eight percent of those polled said they see a future for themselves in the city, versus 27% who don’t. 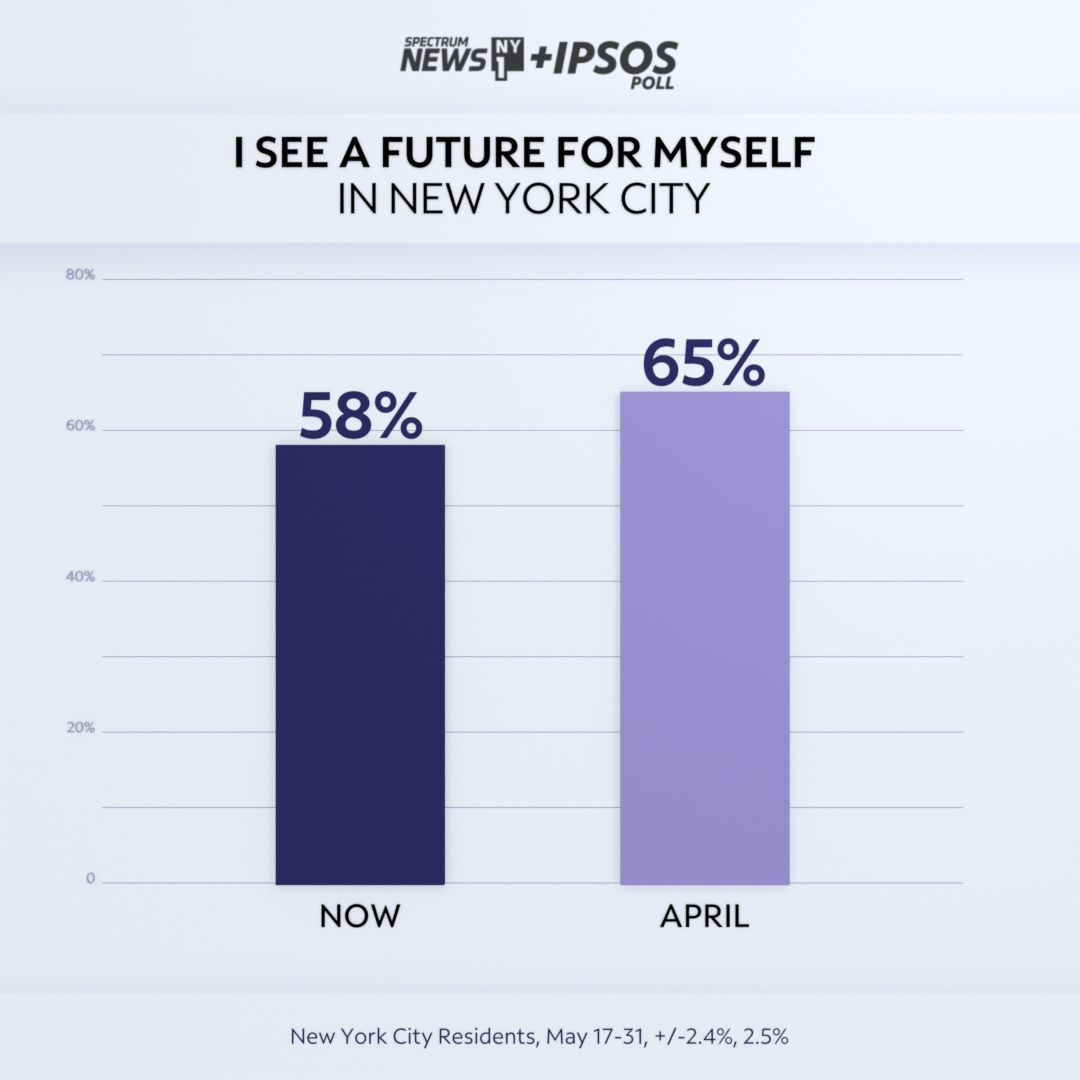 But 77% say the cost to live in the city is rising faster than their income. Just 13% disagreed. 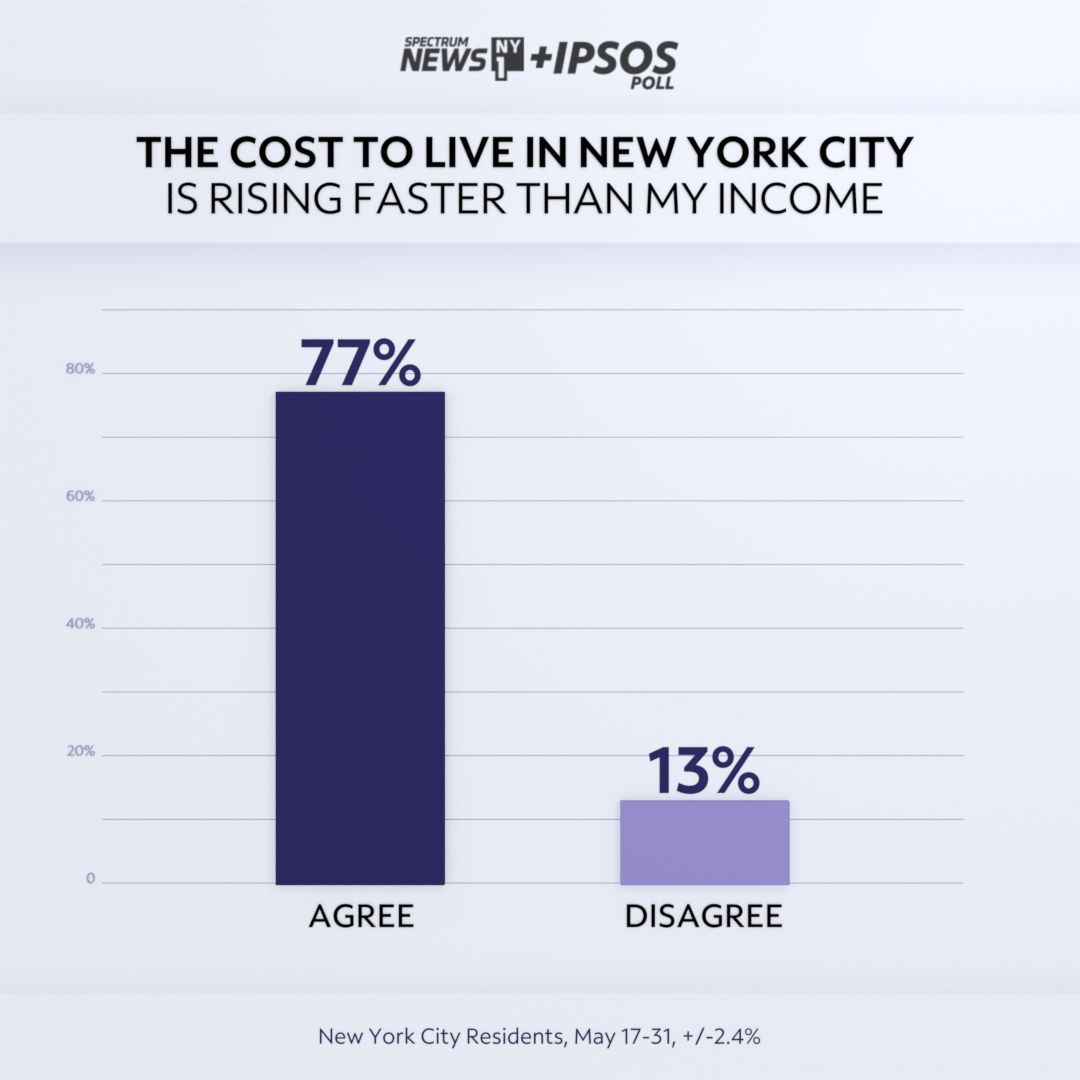 Asked about the future of the city in general, 46% reported feeling optimistic, versus 22% who are pessimistic. Twenty-three percent said they were either. 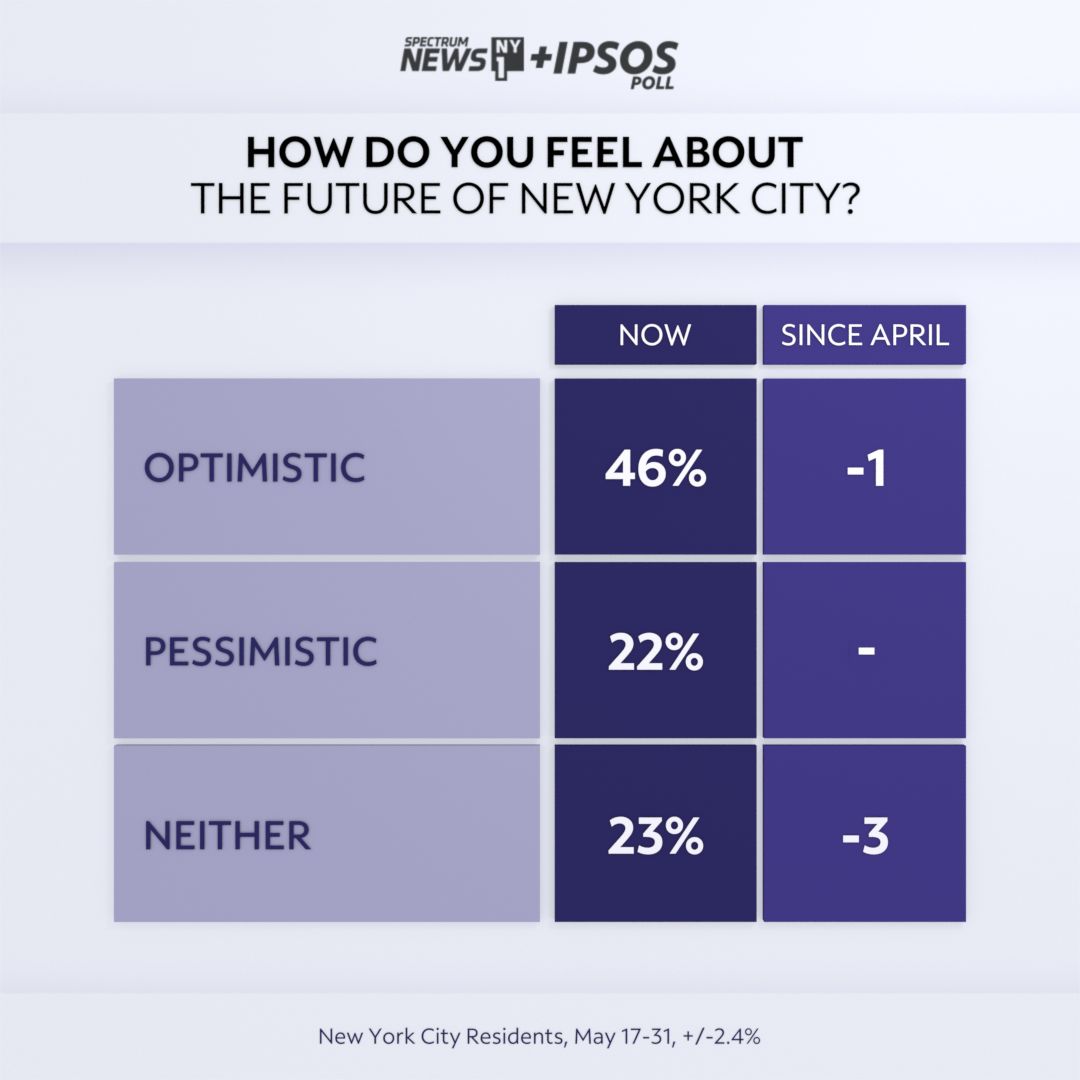 “One of the biggest differences that we see is based on household income,” said Mallory Newall, research director for Ipsos.

While New Yorkers are generally optimistic, she said, “people that are on the lower end of the income spectrum are less optimistic [and] less likely to see a future for themselves in the city, compared to higher-income respondents.”