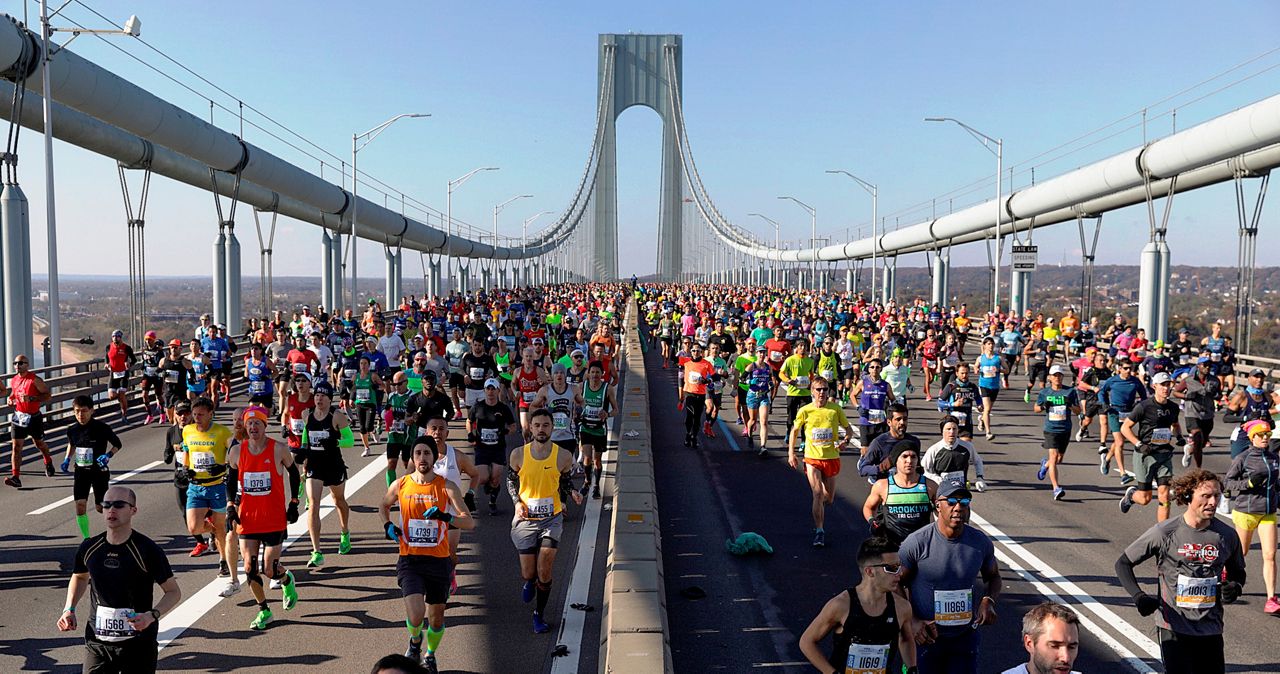 NEW YORK — Edward Mermelstein started running the New York City Marathon to mark his 50th birthday. He did it every year after, as a way to stay healthy.

He and other runners who signed up for the marathon in 2020 were so disappointed when it was canceled due to the coronavirus pandemic.

But he’ll get a chance to hit the pavement and race through the five boroughs come Nov. 7 , when the marathon makes its return.

“As the city mandates have allowed the field sizes to grow, we’ve grown,” said Ted Metellus, the race director of the TCS New York City Marathon. “We’ve also taken the time out to do a significant amount of work around the health and safety protocols to ensure a safe race experience.”

The governor said 33,000 runners will be allowed to participate in the marathon, which will mark its 50th anniversary, instead of the normal 55,000, but added that the numbers could change before the Nov. 7 event. The 2019 race featured 53,000 marathoners.

Runners will need proof that they are vaccinated, or have a negative COVID-19 test. And touch points will be avoided with runners to get their supplies in a prepackaged bag.

Organizers say their safety plans are modeled after the protocols seen in stadium and other large-scale events that have come back after the pandemic.

For some runners, completing the 26.2 miles will feel like crossing the finish line of the pandemic.

“New York’s back and it’s a good sign of things to come,” runner Sam Brune said.

This year is very meaningful for New York City for another reason: this year marks 20 years since 9/11, and race organizers said the marathon back then was a symbol of the city’s resiliency — and they believe this year’s race will be just as meaningful.

NBA playoff games to have fully vaccinated sections, Tribeca Film Festival to be at 100% capacity

Gov. Andrew Cuomo on Monday also announced that playoff games for the New York Knicks and Brooklyn Nets will have sections for fully vaccinated people.

Madison Square Garden and the Barclays Center will be able to fill seats at more than 50% capacity. Vaccinated fans will sit in a separate section without social distancing.

This protocol was implemented over the weekend at the Islanders’ first playoff game. The governor also announced earlier this month similar rules for games at Yankee Stadium and Citi Field.

The governor said those venues will be permitted to go over 50% capacity based on how many fans are vaccinated. If every attendee is vaccinated, venues can operate at 100% capacity, without social distancing or mask requirements.

“We’re opening up, and we’re opening up with more opportunities to vaccinated people. So it’s another reason to get vaccinated,” said Cuomo. “The players themselves want it. The more people in the arena, the better.”

Cuomo also announced that the closing night of the Tribeca Film Festival will take place on June 19 at Radio City Music Hall. The event will be at 100% capacity and open to people who are fully vaccinated. Masks will not be required.

“Having Radio City back at 100% without masks, with people enjoying New York, and the New York arts is going to be not only symbolic and metaphoric but I think it's going to go a long way in bringing back this state overall.”

This comes as the governor said the state will follow updated CDC guidance on mask usage that was released Friday, stating that fully vaccinated individuals may ditch face coverings in most situations.