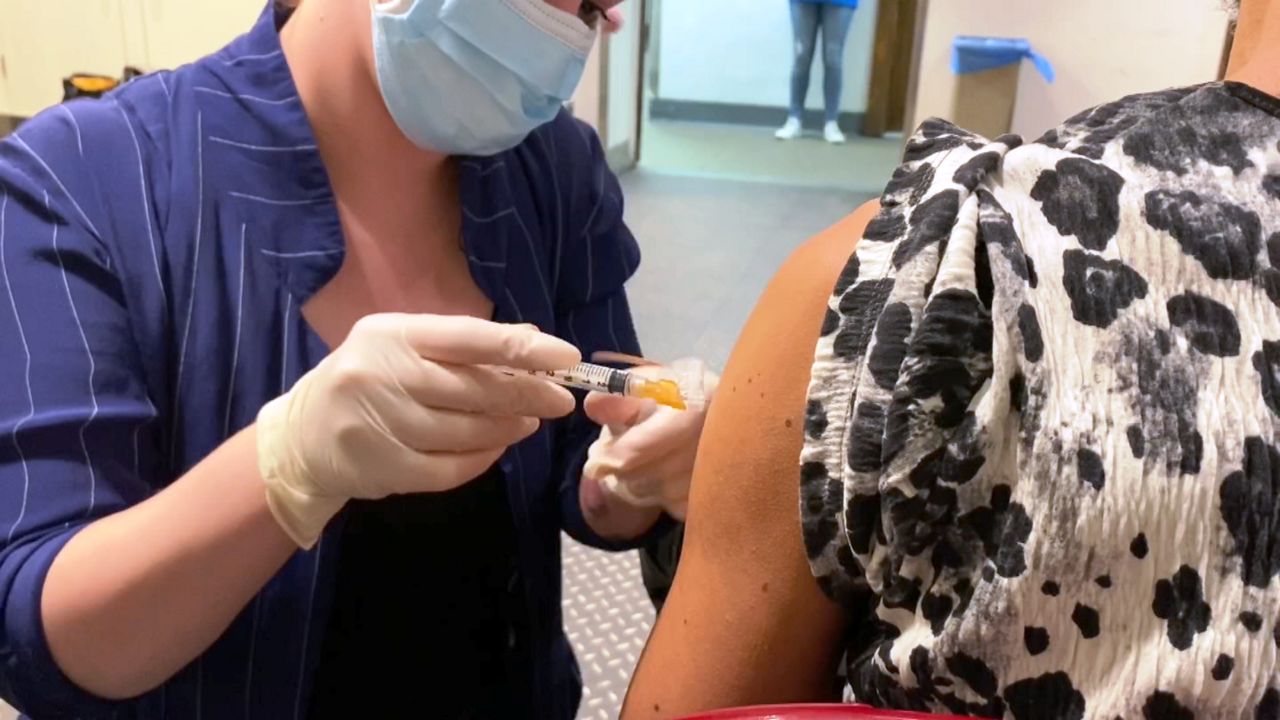 Getting vaccinated isn’t easy. Appointments tough to come by. You need a computer, definitely speedy Internet.

Imagine what it’s like for those without a stable home.

This week, the Coalition for the Homeless and nonprofits CUCS and Crossroads held a pop-up vaccination event in Midtown to make it easier for people like Enrique Gurllen. He lives on the street.

When we met him, Gurllen didn’t know where he would spend the night. He stumbled upon the vaccine event looking for a hot meal, which is given at the same location as the pop up.

Easy enough. Within 45 minutes he was done.

She was homeless twice, often sleeping on the street. She has a place to stay now — but she says she is about to get kicked out.

“It’s hard. It’s not easy,” Renskoff said. "Finding a job at my age is not the easiest thing.”

Perhaps now she will get a shot of hope, some stability. She received one shot — the Johnson & Johnson dose — and was on her way.

People living in homeless shelters became eligible for the vaccine in January.

Since then, the city has vaccinated at least 3,550 people experiencing homelessness. That doesn’t include people at this event or others getting the shot on their own.

“There are a lot of people who are living outside, who are street homeless who don’t have access to the vaccine,” said Bonnie Coover, the street medicine medical director for CUCS. CUCS administers medical services to the city’s street homeless population.

"They don’t have a smartphone,” Cover said. "The libraries are closed. People don’t have access to make a vaccine appointment the way that other people do.”

Outside of this pop-up, the city has approached vaccinating the homeless population in two ways. For one, it set up an independent site at a former shelter for shelter residents and staff. In March, it also started roving vaccinations, where teams visit about a dozen shelters a week.

After suffering the same supply issues as the rest of the city, the department is ramping up. Officials there say they are making progress to get every New Yorker access to a vaccine, no matter where they may live.