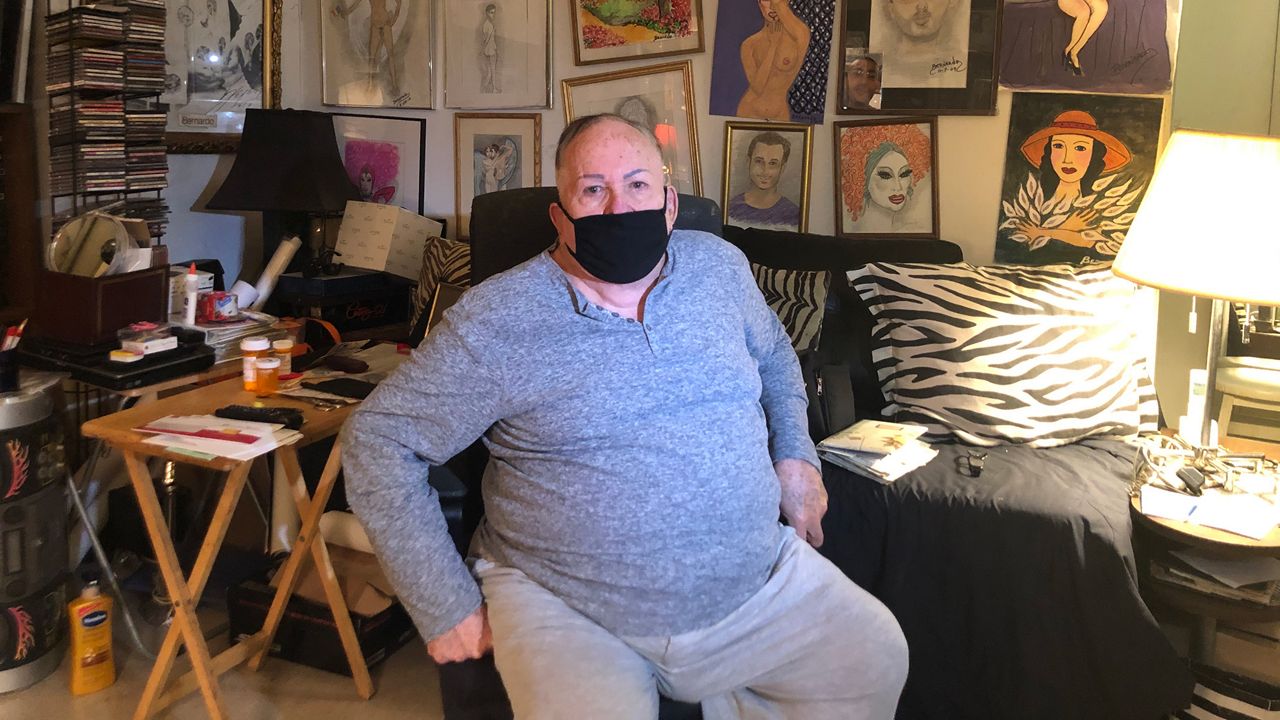 84-Year-Old New Yorker On Being Eligible for Vaccine: 'It's a Hope for Life'

At 84 years young, Bernie Brandall has lived nearly every day of his life to the fullest.

"The big picture is me when I was 18 years old and I was a profesional Flamenco dancer," he said. "That’s how I start my career as a dancer."

Brandall came to the U.S. from Cuba with his family in the late 1940s but would set out on his own as a teenager, embarking on what would become a 60-year career as a dancer and entertainer.

He traveled around the world, first as part of a dance troupe and later adding a female impersonation routine and magic to his “act”.

“We travel all over Canada from coast to coast, Vancouver, Montreal," he said. "I performed all over Venezuela and Costa Rica.”

Even after retiring, Brandall is no wallflower. He tries to stay active, and he loves to socialize. Over the years, he’s made a number of friends at his local senior center, which hasn’t been open since the pandemic began. Since he’s the only living member of his immediate family, things did get lonely while New Yorkers were ordered to stay home.

“I have friend that panic and they get upset, and I’m a positive person, so I don’t let things get to me," he said.

Brandall’s now hoping he’ll be able to go back to doing the things he loves once he gets the coronavirus vaccine. On Friday, he was added to the list of New Yorkers that qualify to get it.

Adults over the age of 75 are now among those eligible to get the shot after Governor Andrew Cuomo announced on Friday that the vaccination process would be moving forward.

The city Department for the Aging is working with the City’s Vaccine Command Center to connect with their clients with information on how to get the vaccine.  A spokesperson said the effort will begin ne t week with a robocall call that will  go out to older adults across the five boroughs.

Selfhelp Community Services will be doing the same. A spokesperson told NY1, “Selfhelp will continue to work their clients to support them as they make decisions on the vaccine and provide assistance with scheduling as needed.”

While those now eligible to get a shot won’t be able to sign up for an appointment until Monday, vaccination centers will begin opening across the city over the weekend, enabling folks who are able to get the vaccine a choice on where to get it. Hopefully they’ll be able to get it close to home.