Beginning in 1930 with the Chrysler building, it took 80 years for the city to see the construction of a half dozen skyscrapers. But 10 more of the supertall buildings have gone up in just the last 10 years—and more are on the way. Many of the newer buildings also are different than the previous generations of skyscrapers. They are thinner, sleeker, and filled with apartments instead of offices, the result of technology and money. In Part Four of his series “Sky's the Limit,”  Michael Herzenberg takes us inside one of the "engineering miracles."

111 West 57th Street is one of the newest supertall residential buildings to sprout up. It's scheduled to open this summer.

It's Architect Gregg Pasquarelli's Mona Lisa. It’s the tallest, most slender super high-rise in the world. 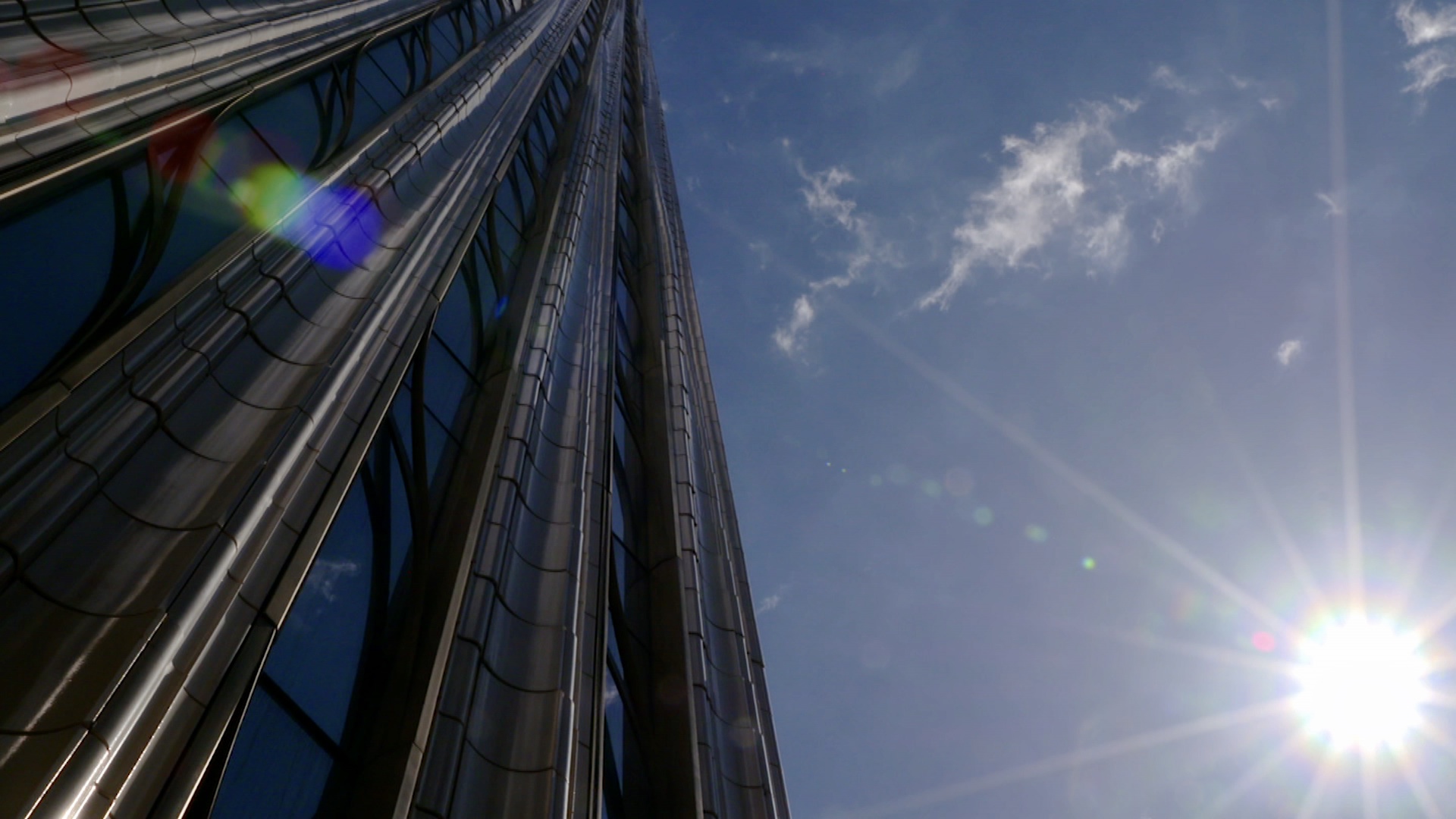 “Each one of the plasters of terra cotta ends in a set back of the building as it goes up with these filigrees of bronze in between,” says Pasquarelli of the building.

The footprint of the average floor is a little smaller than the size of a basketball court. At more than 1,400 feet tall, it almost looks like a gigantic ruler reaching into the sky. 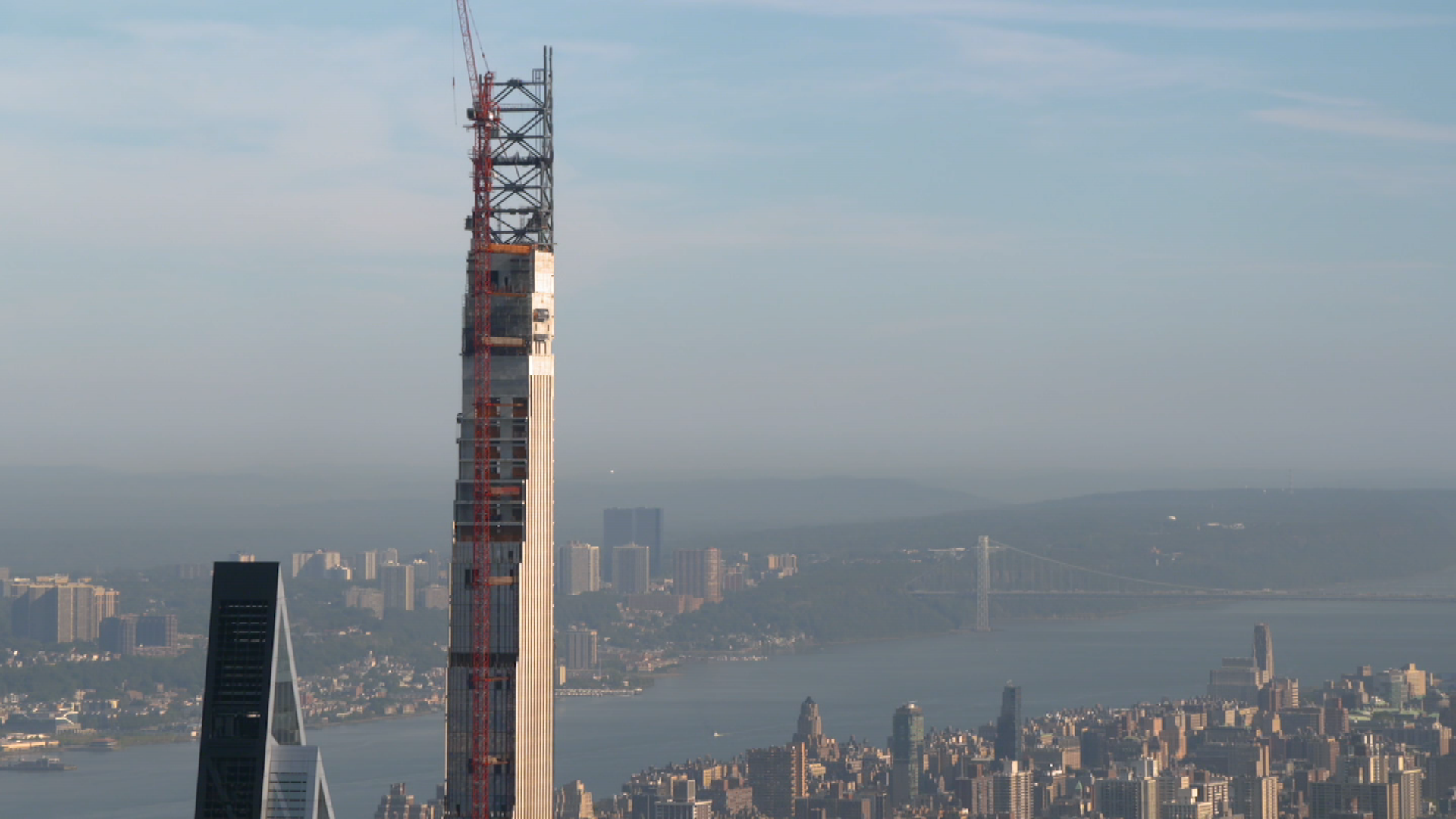 “There has been invented really a completely new type of skyscraper in skyscraper history,” Willis says. “They’re also an expression of the age that we live and these very slender towers, which are only occupied—if they are occupied—by very rich people who can afford $30 million, $100 million or even more, for those airy perches at the top.”

111 West 57th Street stands on what’s now referred to as Billionaire’s Row because of prices that have reached more than $200 million for an apartment in the area, money that drove the supertall boom.

(The changing skyline of New York City. Second photo via the Skyscraper Museum.)

“There are certain periods where the skyline gets completely redefined—in the 1880s and the 1920s, in the 1960s and now in the 2010s and 20s, we’re going through a moment.” Pasquarelli says.

The moment is possible because of stronger concrete and steel allowed under a building code change in 2008, speedier elevators and new computer-driven advancements of Tuned Mass Dampers, which are counterweights that reduce the sway and vibrations of skyscrapers in high winds.

“The most important technological change has been the ability to design using computers that can simulate the way the building is going to perform once it’s built,” Pasquarelli says.

But just because they can be built, doesn’t mean they will. Pasquarelli believes that, barring any changes in zoning rules, in the next 20 years, no more than half a dozen more slim supertalls will be built.

“This notion that there is going to be a giant wall of 50 towers that block all the view of Central Park is a complete fallacy,” says Pasquarelli. “There are only a few places left and only a few square feet that you’re allowed to build that are just ending up in these last few supertall, slender buildings.”

Unlike the actual Mona Lisa, 111 West 57th is not priceless. If you want to move in, prices start at $16 million.