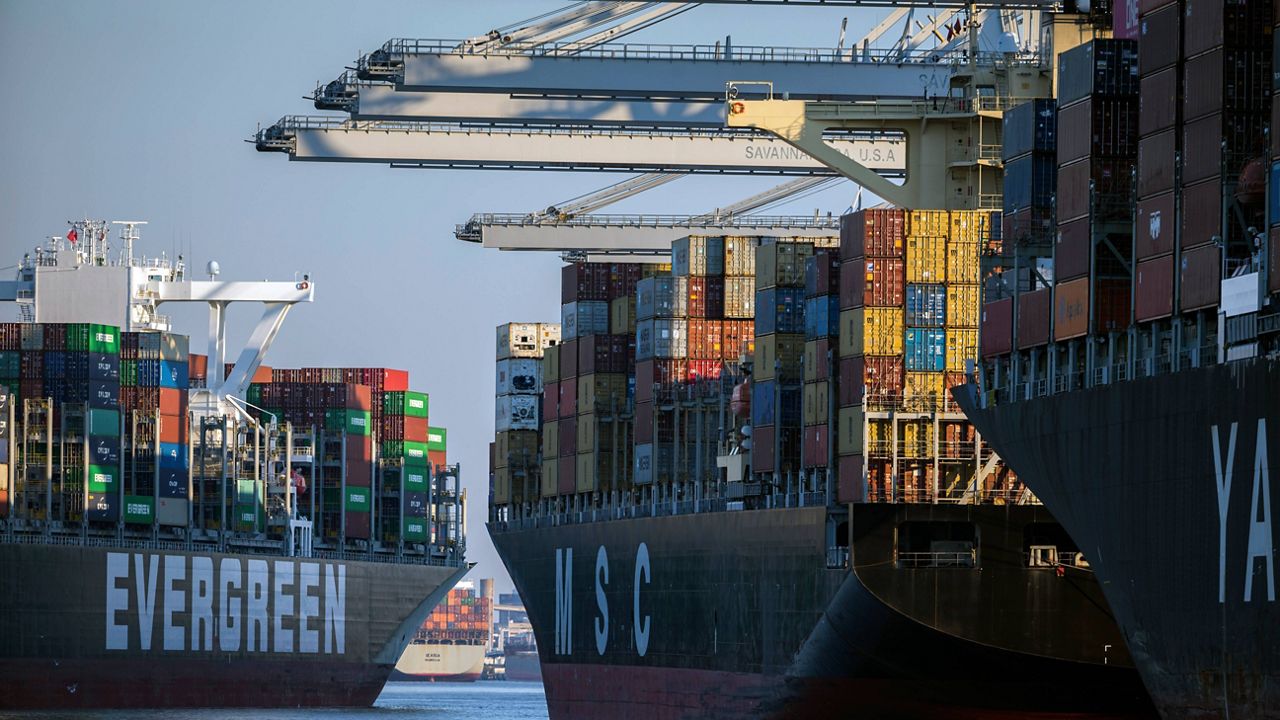 The U.S. economy grew last year at the fastest pace since Ronald Reagan's presidency, bouncing back with resilience from 2020's brief but devastating coronavirus recession.


The nation's gross domestic product — its total output of goods and services — expanded 5.7% in 2021. It was the strongest calendar-year growth since a 7.2% surge in 1984 after a previous recession. The economy ended the year by growing at an unexpectedly brisk 6.9% annual pace from October through December, the Commerce Department reported Thursday.

Squeezed by inflation and still gripped by COVID-19 caseloads, the economy is expected to keep expanding this year, though at a slower pace. Many economists have been downgrading their forecasts for the current January-March quarter, reflecting the impact of the omicron variant. For all of 2022, the International Monetary Fund has forecast that the the nation's GDP growth will slow to 4%.

"The GDP numbers for my first year show that we are finally building an American economy for the 21st Century, with the fastest economic growth in nearly four decades, along with the greatest year of job growth in American history," President Joe Biden wrote in a statement. "And, for the first time in 20 years, our economy grew faster than China’s."

"This is no accident," the president continued. "My economic strategy is creating good jobs for Americans, rebuilding our manufacturing, and strengthening our supply chains here at home to help make our companies more competitive."

"Today, Americans are finding better jobs with better pay and better benefits," Biden added. "Layoffs are near record lows. Companies are investing in new manufacturing lines and factories here in the United States, with recent announcements of Intel in Ohio and GM in Michigan. We’re making the future in America again. And, new small business applications have increased by more than 30% since 2019. Americans are dreaming again – believing in themselves and America."

"We are finally building an American economy for the 21st Century, and I urge Congress to continue this momentum by passing legislation to make America more competitive, bolster our supply chains, strengthen our manufacturing and innovation, invest in our families and clean energy, and lower kitchen table costs," Biden concluded.

Many U.S. businesses, especially restaurants, bars, hotels and entertainment venues, remain under pressure from the omicron variant, which has kept millions of people hunkered down at home to avoid crowds. Consumer spending, the primary driver of the economy, may be further held back this year by the loss of government aid to households, which nurtured activity in 2020 and 2021 but has mainly expired.

What's more, the Federal Reserve made clear Wednesday that it plans to raise interest rates multiple times this year to battle the hottest inflation in nearly four decades. Those rate increases will make borrowing more expensive and perhaps slow the economy this year.

Arising from the 2020 pandemic recession, a healthy rebound had been expected for 2021. GDP had shrunk 3.4% in 2020, the steepest full-year drop since an 11.6% plunge in 1946, when the nation was demobilizing after World War II. The eruption of COVID in March 2020 had led authorities to order lockdowns and businesses to abruptly shut down or reduce hours. Employers slashed a staggering 22 million jobs. The economy sank into a deep recession.

But super-low interest rates, huge infusions of government aid — including $1,400 checks to most households — and, eventually, the widespread rollout of vaccines revived the economy. Many consumers regained the confidence and financial wherewithal to go out and spend again.

The resurgence in demand was so robust, in fact, that it caught businesses off guard. Many struggled to acquire enough supplies and workers to meet a swift increase in customer orders. With many people now working remotely, shortages became especially acute for goods ordered for homes, from appliances to sporting goods to electronic equipment. And with computer chips in especially short supply, auto dealers were left desperately short of vehicles.

Factories, ports and freight yards were overwhelmed, and supply chains became ensnarled. Inflation began to accelerate. Over the past 12 months, consumer prices soared 7% — the fastest year-over-year inflation since 1982. Food, energy and autos were among the items whose prices soared the most.

Late last year, the economy began to show signs of fatigue. Retail sales, for instance, fell 1.9% in December. And manufacturing slowed in December to its lowest level in 11 months, according to the Institute for Supply Management's manufacturing index.