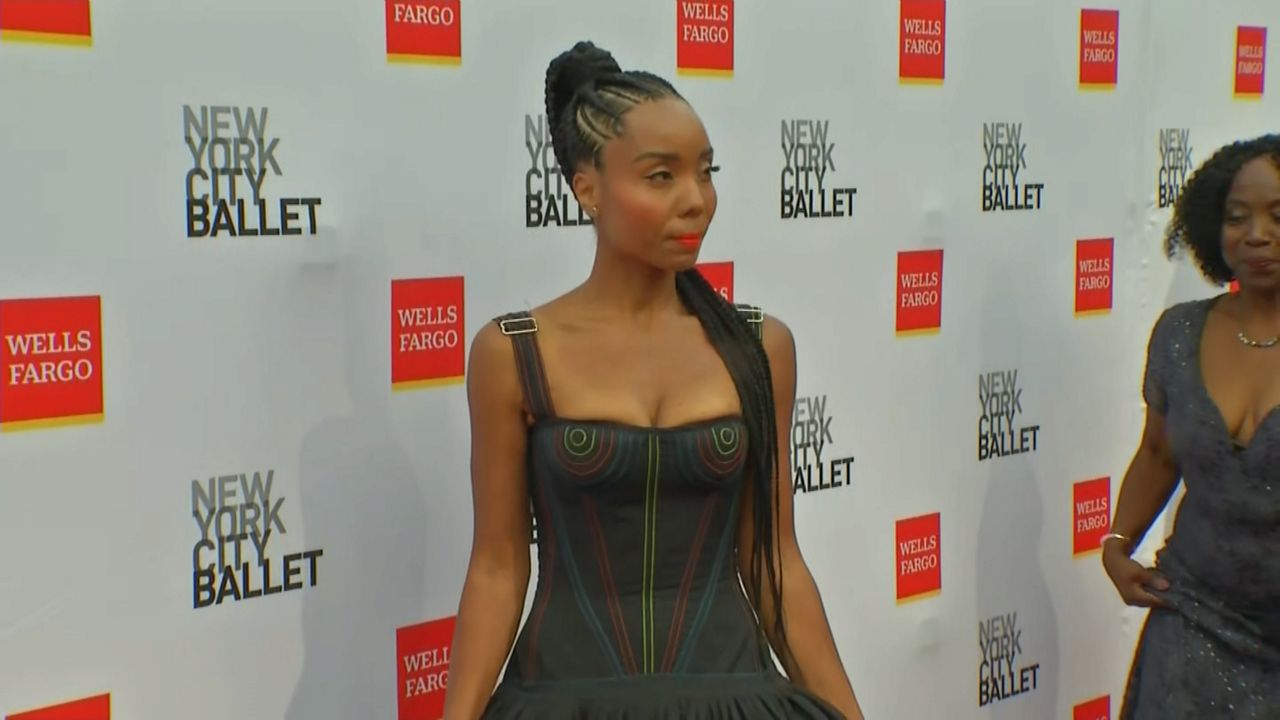 NEW YORK — The New York City Ballet’s Fall Gala is always one if the most fashionable event’s on the social calendar, and this year was also historic as choreographer Sidra Bell made history as the first African American woman to choreograph for the New York City Ballet on the stage. Her work “Suspended Animation” premiered as part of the gala performance.


“I’m just feeling ecstatic,” Bell said. “I just feel overwhelmed with the sense of just joy and accomplishment with the dancers and all the work that we’ve put into the piece. It’s unbelievable.”

“This is definitely the most fun night I’ve had in New York since I’ve moved here” Cameron said. “It’s a night of creative expression, fashion, fun!”

“It’s such a celebration of community, not just of the ballet community but of the arts community in New York City at large,” DeBose said.

“Today I went with a Pamella Roland because. a, she’s got a little feathers and she’s pink,” Chenoweth said. “I grew up wanting to be a ballerina!”

Designers Zac Posen and Cynthia Rowley were among the many fashion designers who attended.

“Fashion is definitely back,” Posen said.

“Oh, it’s exciting. I love that this is really everyone just looking pretty and fluffy and frilly,” Rowley said.

The looks on the red carpet did not disappoint, and this year the dancers’ costumes were also outrageous and over the top, designed by New York fashion designer Christopher John Rogers.

“I think a general inspiration was Teletubbies, and just this idea of people having fun, and taking up space and challenging the dancers to maybe move in shapes that they’re not familiar with,” Rogers said.

“I studied classical ballet when I was a kid. I actually have a Bachelor’s of Fine Arts degree in dance, so it’s lovely being at the ballet again,” Cox said. “It was such a huge part of my life for so long.”

Bottom line: everyone was fabulous — on the red carpet and on stage.