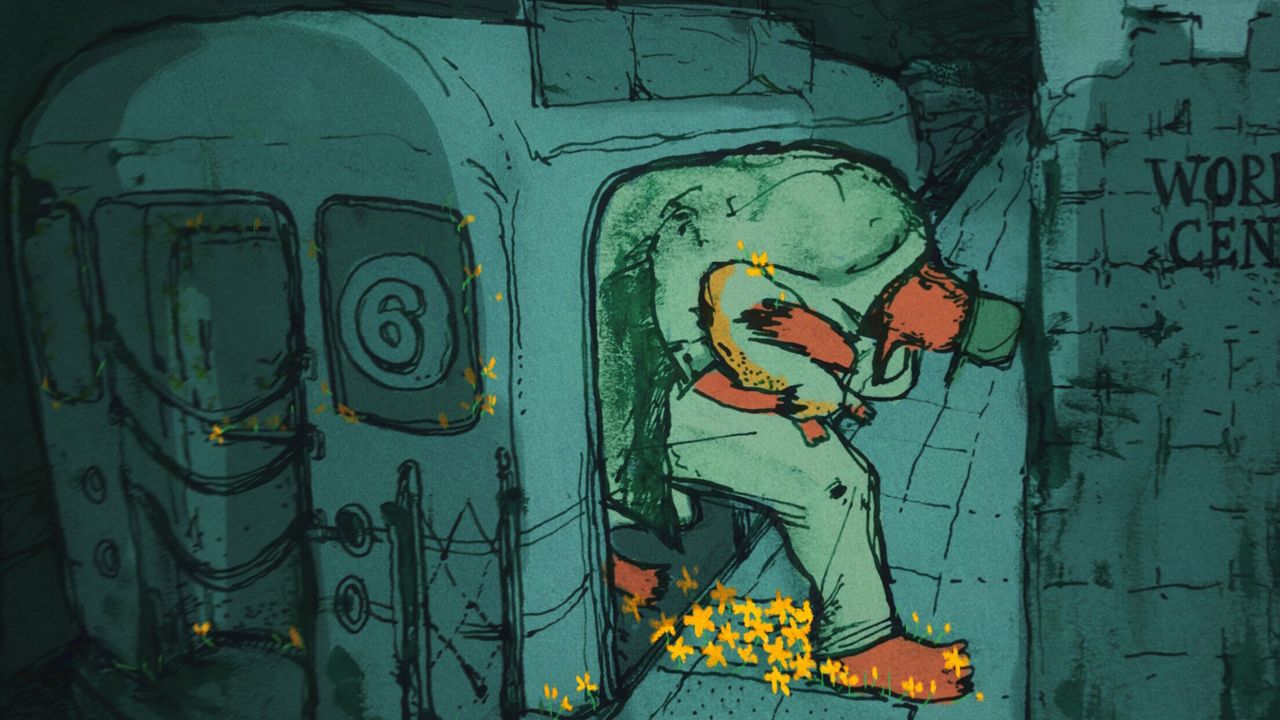 School of Visual Arts illustration major Wen Wen Zhu, who is from China, says a close friend has been the victim of harassment on the subway because of her Asian heritage.

"The first year I came to New York, I thought New Yorkers were all nice because people always say hi in the street, but what happened recently really scares me," said Zhu, who has a powerful illustration called “We Don’t Belong Here" in a new online exhibition presented by the SVA Galleries. It’s called "In Solidarity," celebrating the school's Asian and Asian-American communities. It’s a direct response to the growing number of anti-Asian attacks in New York and across the country.

"Back in early March, our executive vice president Anthony Rhodes said, 'We need to do something. We need to find a way to support our students and staff,'" said Bill Martino, SVA’s director of student affairs.

The result is work from students like Danica Dou, also from China. In her piece called “Food Weapon”, she uses some humor to help send a strong message.

"It's to give people the power by connecting their culture and recognizing it, to fight the discrimination”, said Dou.

Photography and ideo major Xiyue Zheng from China put the spotlight on these Chinese women from her local nail salon, to give more credit to those in what she calls a forgotten occupation. She says it's been difficult to grasp what is going on.

"It's really scary for me to be cursed out on the street when I was walking by myself, and right now I have to carry pepper spray every time I go out,” said Zheng.

Other participants in the show say they hope this gets the word out that the SVA community does not accept hate against Asians, or anyone for that matter.

"You have to make a conscious effort every day. You can't just be like, 'Oh, I'm not in that community I don't care,'" said student Emily Roemer.

"Being involved in this show with my fellow Asian communities, I mean, it's a huge deal, and their work and what they are trying to say about what's going on, I mean, it's a big thing," Rizvi said.