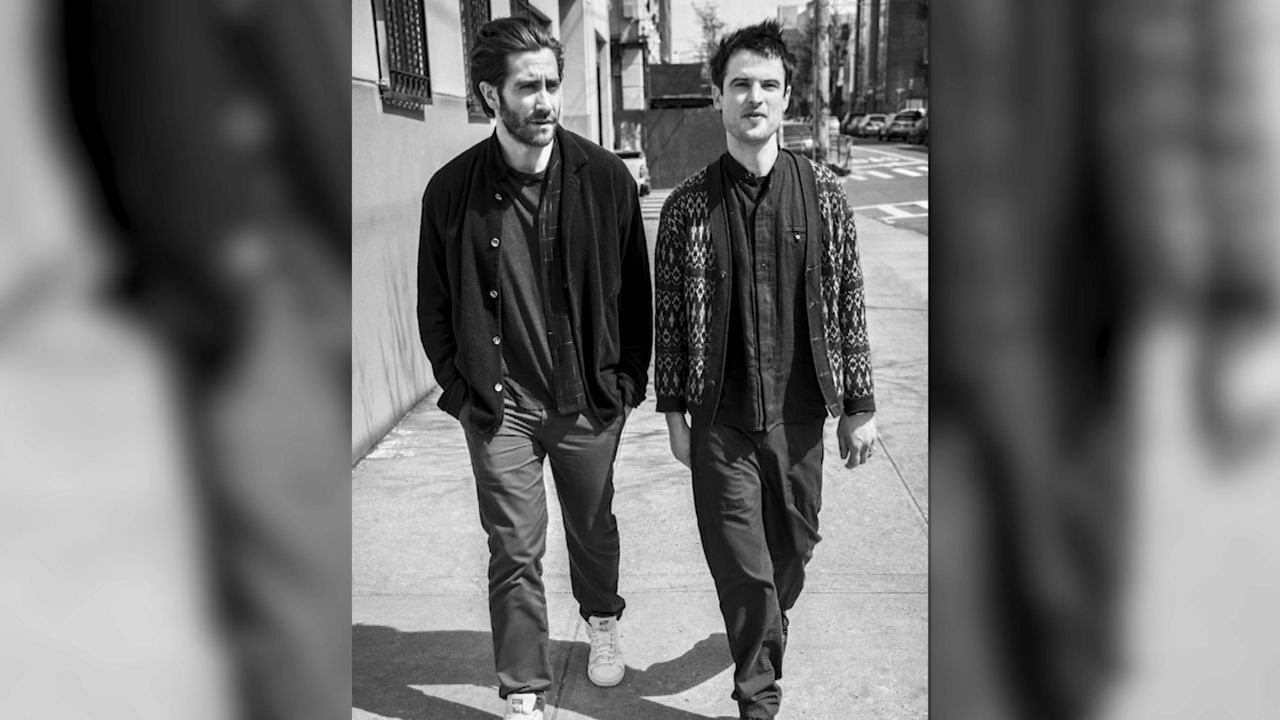 The two one act plays in the double bill entitled "Sea Wall/A Life" are, on the surface, very small works. But they concern some very big themes: life, death, birth. Even so, the idea of a show featuring a pair of monologues on a mostly bare stage will likely turn some people off. Certainly true in lesser hands, but this is a beautifully intimate production featuring performances so sharply focused, anything more would be a distraction.

In "Sea Wall," Tom Sturridge is Alex, a young British photographer whose floundering life takes a very happy turn after his marriage to a woman he deeply loves and the birth of a daughter he adores. Throughout the story by Simon Stephens, there is a strong sense of foreboding as Alex frequently interjects questions about the existence of God. You just know something bad is going to happen and it does. I'll say no more except that Stephens' writing is so stunningly visceral, and Sturridge's performance so remarkably natural, they're able to paint mental imagery with the kind of detail no set design could ever equal. The words alone are enough to transport you to that ominous sea wall where tragedy inevitably strikes.

In Nick Payne's "A Life," Jake Gyllenhaal is Abe, a young father-to-be whose own father is suffering heart failure. This work, though less lyrical, is tinged with more humor. And Gyllenhaal's delivery is perfection. Alternating back and forth between his wife's impending birth and his father's medical woes, Gyllenhaal is something of an everyman wrestling with painful life decisions he's wholly unprepared for. His portrayal as a sensitive soul, fumbling his way through life is quite a departure from his leading man persona on film. And yet he pulls it off with a subtle grace.

Likewise, Sturridge whose awkwardness makes Alex all the more appealing.

If there's anything that unites the two plays, it's the life altering, overpowering nature of unconditional love and loss. As much as I loved the performances, I didn't find the experience quite as cathartic as I had expected. Still, the combined plays are directed with a tone of profound simplicity by Carrie Cracknell. It may be small, but the actors do manage to fill the Hudson stage with their outsize talents.